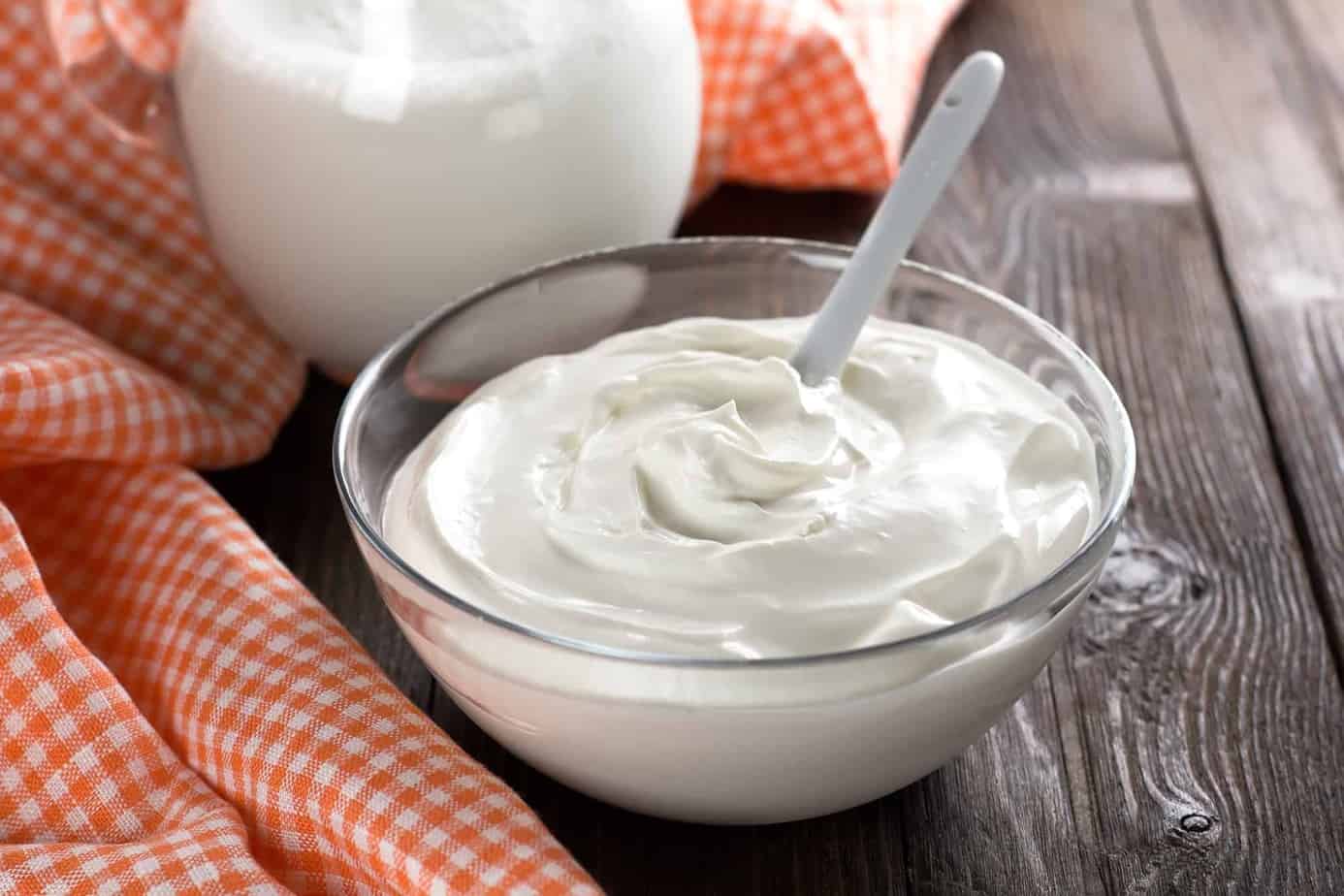 Microwaving sour cream is a hotly debated topic in our house.

My husband will not eat heated sour cream unless it is part of a dish and he doesn’t know it’s in there. Things like casseroles and mashed potatoes. He believes sour cream should always be cold.

I agree sour cream should be cold. But, there are times I don’t worry about it. I’ll reheat something with sour cream on it in a heartbeat. My husband thought it was gross.

So, I set out to do some research to settle this hotly debated topic. Here’s everything I learned from my research.

Yes, you can microwave sour cream with varying degrees of success depending on the type of sour cream you are microwaving and the purpose you are using it for.

When microwaving sour cream there are two things you want to avoid.

First, you want to avoid your sour cream curdling or separating.

Secondly, you also want to avoid chemicals leaching into your sour cream so microwaving it properly is a necessity.

What Is Sour Cream?

Sour cream is a thick, creamy white substance with a mildly tart, tangy flavor. It is made by combining lactic acid-producing bacterial with dairy cream.

What Varieties Of Sour Cream Are Available?

According to the U.S. Food & Drug Administration, for a product to be labeled sour cream, it must contain at least 18% milkfat to be labeled as such.

Non-dairy vegan varieties vary with ingredients and fat content. I don’t use them so for purposes of this article, we are sticking to microwaving dairy-based sour creams.

How To Heat Sour Cream In The Microwave?

First, you must never heat sour cream in its original container.

When you heat plastics in the microwave, especially if they are not listed as, “microwave safe, “ the plastic may release chemicals into your sour cream when heated.

Always reheat a few tablespoons at a time.

First, you must remember that everyone’s microwave is different. Some reheat a lot quicker than others so you will need to adjust your time accordingly.

A good rule of thumb for most microwaves is to heat your sour cream 15 seconds for each tablespoon the first go around.

Then stir your sour cream and heat in 5-second increments thereafter.

If you know your microwave is higher powered and tends to reheat food a lot quicker than most suggested times, err on the side of caution when microwaving sour cream and do so for less time or lower power.

So instead of 15 seconds per tablespoon, maybe try 10 seconds the first go around.

Secondly, no two brands of sour cream are alike. For that matter, no two batches of the same brand are ever exactly alike.

For this reason, you can never guarantee that the sour cream you heat in the microwave won’t curdle or separate.

However, if reheated properly, it will still be safe to consume but you may have small white lumps instead of the creaminess you expect.

Can All Varieties Be Heated In The Microwave?

In short, full-fat and reduced-fat varieties of sour cream heat better in the microwave than the non-fat varieties.

If you want to heat a low-fat or non-fat variety, try heating it up first in a 10-second increment then in subsequent 5-second increments to try and avoid separation and curdling.

How Is Sour Cream Used?

It is a staple in most kitchens and used to

Can I Reheat Sour Cream On Leftovers Such As Burritos?

Yes, you can reheat leftovers that contain sour cream.

However, depending on the item and the amount of sour cream, it could turn your leftovers into a soggy mess.

When reheating leftovers with sour cream, scoop off the sour cream if it is possible.

Think things like a leftover baked potato. Just scoop what you can off, reheat the potato, and add back the sour cream.

If your sour cream is inside a burrito, you could reheat it as it is or deconstruct it before reheating.

The only time I heat sour cream in the microwave is when it is part of some leftovers I am reheating.

If I want to heat up some sour cream to add to a dish without it curdling, I will bring the sour cream up to room temperature by putting the amount needed in a bowl or plate on the counter near the range/oven when I begin cooking.

I let the heat from the range/oven naturally bring the sour cream up to room temperature.

It doesn’t matter whether you use full-fat, reduced-fat, non-fat, or vegan sour cream.

For this ingredient to be cost-effective, I recommend you find one variety and stick to it. Don’t try to switch back and forth between full-fat and non-fat.

Using one variety will improve your cooking skills as your dishes will be more consistent and you’ll have less waste.

Let me know if you have any thoughts, suggestions, or questions. I’d love to connect.

1 thought on “Can You Microwave Sour Cream?”