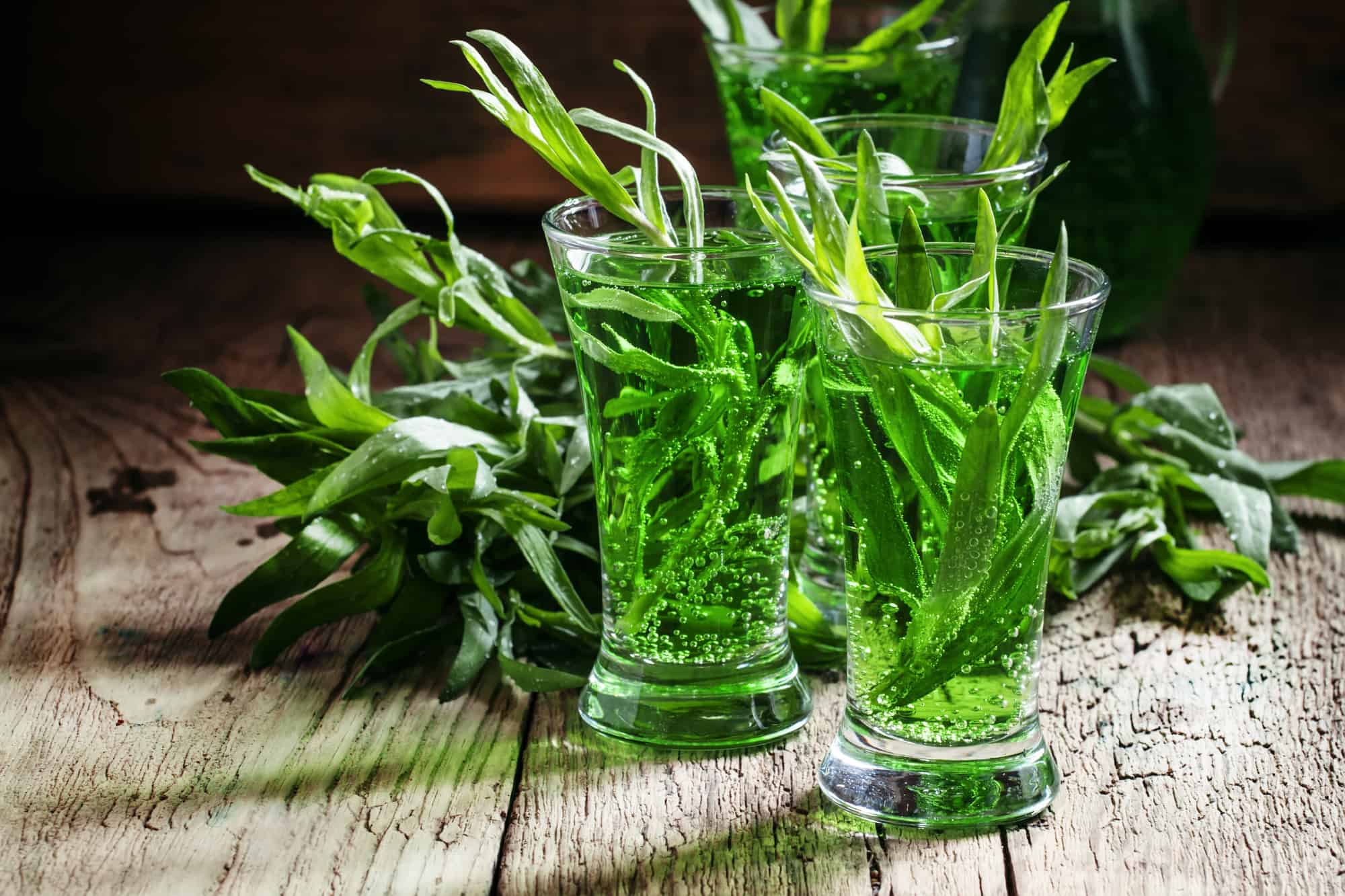 Fresh tarragon has a very pungent aroma and is highly valued in the culinary world.

It can be found growing wild in certain parts of Europe and Asia, but most of it is grown in France.

Tarragon is one of the four fines herbes of French cuisine, along with chervil, chives, and parsley (the other three being considered to be more delicate).

However, it’s not as well known in America as it should be for its versatility in both savory dishes and desserts.

Whether you’re looking for the best substitutes to keep tarragon’s mild licorice, anise-like flavor, or looking to avoid it altogether, I’ve got you covered.

How Do You Pronounce Tarragon?

The word “tarragon” is pronounced TAR-ah-gon.

Tarragon is a perennial herb that comes from the plant of the genus Artemisia dracunculus, also known as estragon.

In the nineteenth century, tarragon was thought to relax intestinal muscles thereby aiding digestion and it was used widely for this purpose. More recently, tarragon has been shown to be a potent inhibitor of the growth of intestinal parasites such as E. coli, Salmonella and Campylobacter.

In fact, tarragon pairs wonderfully with apples and pears as a poaching liquid for poultry or fish.

It also goes nicely with chocolate cake – either fresh or baked into the recipe.

Tarragon is also excellent mixed with hard cheeses such as Parmesan or Grana Padano and is used in many classic French dishes such as Béarnaise sauce.

Are There Different Varieties Of Tarragon?

There are many varieties of tarragon including French, Russian, and Mexican.

French tarragon is most widely used for culinary purposes as Russian tarragon loses its flavor as it ages, rendering it useless in the kitchen.

On the other hand, Mexican tarragon has a similar, but milder, anise-like flavor.

Tarragon has a sweet, delicate flavor that works well in both savory and sweet dishes. It has a slightly sweet, licorice-like flavor with hints of eucalyptus, anise, vanilla, and mint.

Whenever you’re wondering, “What To Use Instead of Fresh Tarragon?”, try to substitute another fresh herb if possible to retain the “fresh herbaceousness” of your dish.

Fennel fronds can be chopped and used in dishes just like fresh herbs. They have just a hint of licorice flavor similar to tarragon and anise, making them a good tarragon substitute.

Other types of basil could be substituted successfully for tarragon in many dishes but you’d lose that licorice, anise flavor.

Chervil, also known as French Parsley, is a delicate herb that has a light anise flavor. It can be used in many different types of dishes and is often found in salads or soups.

Due to its anise flavor, it’s another acceptable tarragon substitute.

Anise seed is less pungent than tarragon but has a distinctive licorice taste, making it another good tarragon substitute.

Fennel seeds are another great substitute for tarragon because they have a mild anise flavor.

This herb tastes like a milder version of tarragon, but with more of a celery or citrus flavor.

If you’re out of fresh tarragon, you could substitute a dried blend of fines herbes in a pinch.

If you don’t like licorice or anise flavor but want to keep the herbaceousness of tarragon, try one of these herbs.

They will change the flavor of your dish but should still allow it to be delicious.

What Do You Use Dried Tarragon For?

Dried tarragon can be used for a variety of dishes. Whether you decide to combine it with chicken, fish, or even pasta, there is no doubt that dried tarragon will bring out the flavor of whatever dish you add it to.

How Much Dried Tarragon Equals Fresh?

One tablespoon of tarragon (fresh) equals one teaspoon of dried.

What Is Tarragon Vinegar?

Tarragon vinegar is a vinegar flavored with tarragon. Most often white wine vinegar is used but you could also use white vinegar, rice vinegar, apple cider vinegar, balsamic vinegar, or a combination of these to create a tarragon vinegar with extra depth and complexity.

Where Can I Buy Tarragon Vinegar?

Heinz Tarragon Vinegar can be found in many local grocery chains.

If you’d like to check out some other brands, you can purchase them online here.

What Can I Use In Place Of Tarragon Vinegar?

White wine vinegar will provide a lighter flavor and rice wine will be the next option for those who want something with a bit of depth to it.

Balsamic vinegar will give your dish a more rich, complex flavor than white wine or rice wine vinegar.

Unless you are extremely familiar with tarragon, it can be difficult to choose the right substitute for it in recipes.

For many, the most important consideration should be whether you need to keep the licorice and anise flavors. Or, do you want to focus on the herbaceousness of tarragon instead?

Once you have made that decision, you’ll find it much easier to choose tarragon substitutes when your recipe calls for it.

Remember, start with a small amount of the herb substitute. You can always more but can’t take it away!!!